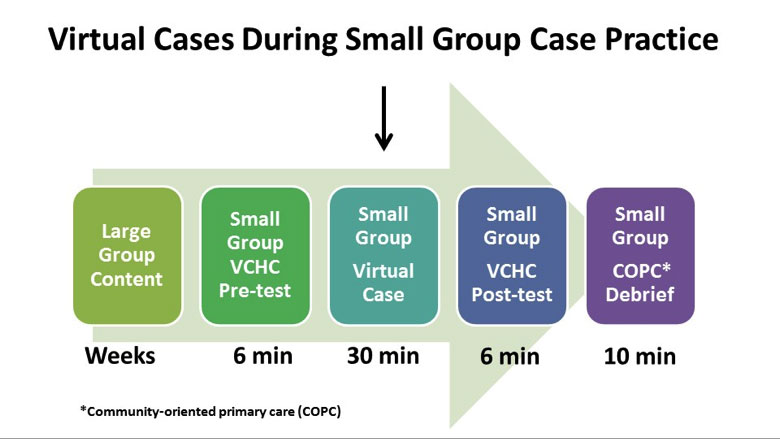 During the next academic year (2015-16), the VCHC team will continue to analyze and report outcomes data as part of the formal evaluation of the project. There are plans to scale the project vertically into the second year of medical school in academic year 2015-16, as well as horizontally and interprofessionally between schools at ATSU, as well as to collaborate with schools and technology partners outside ATSU.